The Problem with Plastic 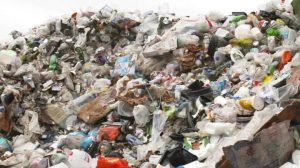 So, eco freaks have been trying to tell everybody about the problems with plastic pollution for awhile now and before moving back to the High Desert I was admittedly a bit slow on the subject. In my city life, plastic was a way of life. Oh, sure, I’ve always been a bit thrifty and hated waste, but moving out here to the ranch, where there is no curbside recycling has taught me a few things about plastic.

It’s ugly. It lasts forever. It’s toxic. Did I mention that it’s ugly?

Let’s get real, okay? Plastic pollution is a serious problem. We’re not talking a little mess here, we’re talking mountains of waste, we’re talking more ugly than has any right to exist. And the price tag on this ugly?? The cost to our planet, our Mama Earth, is pretty steep. And we sold out cheap- a twinkie here, a bread bag there, a trip to the market.

According to various sources around the web: 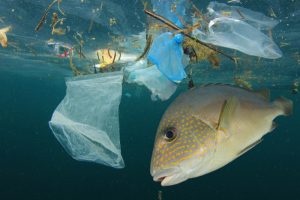 Here in Thorne’s World we:

We use reusable bags for our groceries, and I’m still working on convincing my bulk foods market to allow me to use cloth bags for the food fruits & veggies, but it’s an uphill battle out here in the boonies. I think I’m going to just start piling the produce in the cart.

You’d think things would be getting a bit better since so-called “one use” plastic shopping  bags have been substituted for the heavier weight multiple use bags, which cost ten cents each, but the number of folx I see checking out with a mass of plastic makes me think they don’t even care about the cost to their own pockets, let alone to our world.

In Ireland an extremely successful plastic bag consumption tax, or PlasTax, introduced in 2002 reduced plastic consumption and thereby plastic pollution by 90%. Approximately 18,000,000 liters of oil have been saved due to this reduced production. Governments around the world are considering implementing similar measures. So far, about 125 countries have plastic bag bans of one sort or another.  Plastic straws have been noted lately as another one use throw away plastic that’s choking our wildlife and waterways and seas.  many folx are opting for stainless steel straws and though we have a few, my preference is old fashioned paper straws when I simply must have a straw.  Then it can go into the compost. Easy peasy. 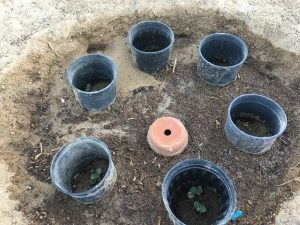 What do you do to reduce the amount of plastic you consume? How do you recycle or reuse it? Have you ever made any of the upcycled crafts at the link, or have projects of your own to share? Tell me about it, or leave the link to your own plastic post or tip in comments and I’ll visit and comment at your blog.

Liked it? Please support {Thornesworld} on Patreon for exclusive content!

2 Responses to The Problem with Plastic